How to Block / Unblock Users From Bidding

Ultimate WooCommerce Auction pro plugin provides the facility to block/unblock all users on your site.

1) Admin can block/unblock all the users at once.

2) Admin can block/unblock a particular user to bid on a product from the user settings.

Admin can block all the users from bidding on products.

As an admin navigates to  Auctions → Settings. Scroll down the page and you will find the Extra settings option.

Under Extra Settings, you will find the "Do you want to block registered users from bidding" and "What notification message do you want to show to blocked users" option as per the below image.

This option will block all existing and new users to place a bid, default is no. if you select yes then all the users will not able to place a bid.

Save the settings and let the user place a bid on any product. When the user tries to bid on a particular product then he/she will get a notification message which you specified earlier in the settings.

Here admin can only block/unblock all the users. if the admin wants to unblock a particular user then the admin needs to do that manually.

Navigates to Users → All Users as an admin. Here you will find the Bidding Status column which indicates the list of users who are blocked from bidding on products.

Now Unblock any single user so then he/she can start bidding on your products. From the list of users Edit any user which you want to unblock.

Now the user can place a bid on your products. 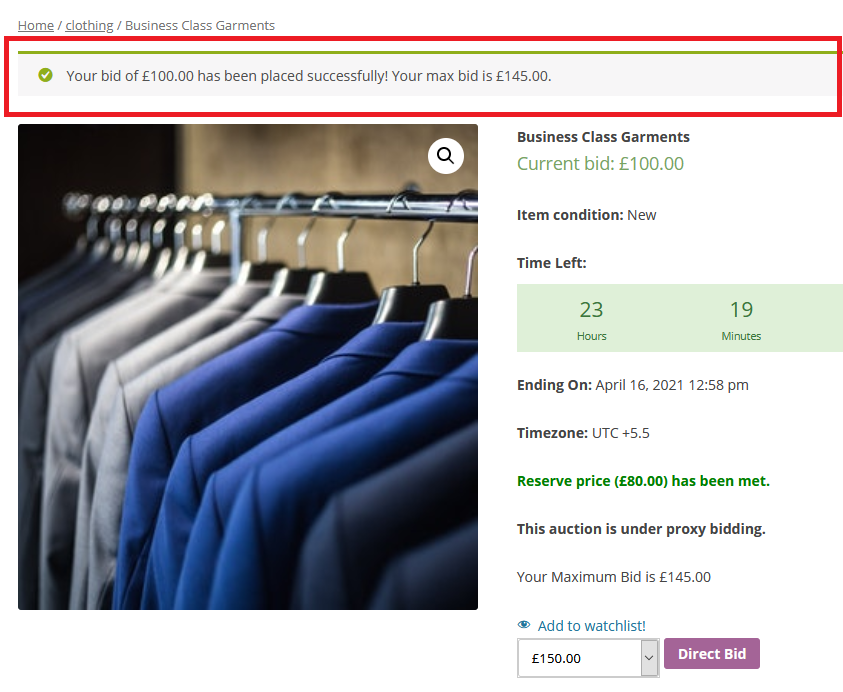 When an unblocked user places a bid on any product then his/her bid will be accepted and placed bid successfully message appears on the product detail page.

Same way admin can block a particular user from bidding on products, just Edit the user you want to block and select the Block option from Users → All Users.